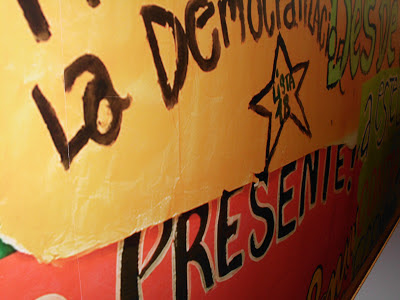 Just what is so special about games playing? Why is it so popular with all ages? And what is it that divides opinion so deeply about whether games have a place in the curriculum? Never has there been so much opportunity for schools, colleges and universities to capitalise and exploit the power of games to inspire, engage and enliven learning. And yet any straw poll taken amongst any group of teacher will reveal some strong polemic views. Some teachers extol the virtues of any game, and claim that all games have the potential to support learners as they acquire new skills, problem solving abilities and knowledge gain. Others argue equally strongly that games have no place in the classroom, because they are distracting, take students off task, and that there is no empirical evidence to support the argument that they contribute anything significant to the learning process. I have personally nailed my colours to the mast with several recent blog posts including The games we play and The future of gaming. Earlier today at the EDEN Conference, here in Oslo, I took part in a special session on games based learning.

I presented a paper co-written with one of my students, Lucy Kitching, (@lmkitching) which had originally been her third year research dissertation. Lucy's project set out to investigate whether games consoles have a positive impact on primary school girls' motivation and learning. She found that there are strong correlations between playing games consoles at home and the expectations of playing games in school for learning purposes. She also showed that there were (in the UK schools she studied) a significant shortfall in the provision of games consoles in comparison to those available in the average home. Whilst these findings might elicit a 'so what?' from some readers, the results of her study nevertheless indicate how current contexts can affect the motivation of learners to engage in learning with games consoles in formal education settings.

The second paper, presented by Marie Maertens (Katholieke Universiteit, Leuven, Belgium) showcased some research done into instructional design approaches in games. Marie spoke about adaptive and adaptable game-play and how games can be designed to respond to the individual needs and preferences of learners. She concluded that with the conceptual framework that the team have developed at KU Leuven, it is now possible for the creation of games that are based on valid measurements of student performance, and adaptive mechanisms that will respond to changes learners experience in their knowledge and skills more or less as they occur.

The final paper in the session was from Anne-Dominique Salamin (HES-SO, Switzerland) who continued the theme of adaptive games. Her paper, entitled 'New Tools for Students' also featured a live demonstration of a virtual world within which a variety of different decision making scenarios could be presented. Students were rewarded throughout the game by credits which they could then 'spend' to improve the graphical environment within which they were working. As an added touch, occasional and random insects walked across the screen to be targeted by the learner. One delegate tweeted during the event that they had never before witnessed such a bizarre occurrence at a conference - several professionals in unison shouting out 'kill that insect!'

The discussion that followed was productive and discursive, covering such areas as student expectations, constraints of games based learning, teacher and parent objections and design features and graphic rendering speeds in educational games.